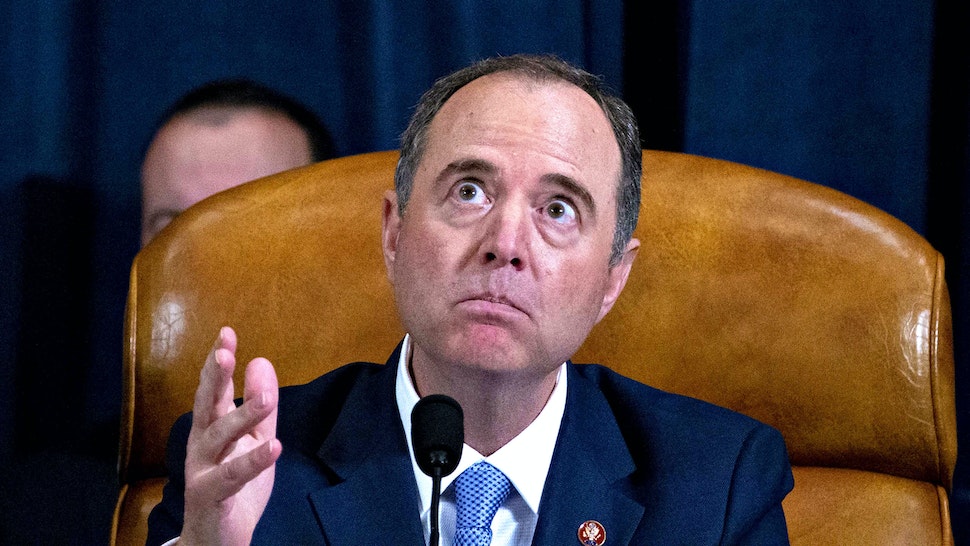 The problem stems from a letter that Schiff sent to House Judiciary Chairman Jerry Nadler (D-NY) last week that summarizes “a trove of evidence from Lev Parnas, an indicted former associate of Trump’s personal attorney Rudy Giuliani,” Politico reported. “In one section of the letter, Schiff claims that Parnas ‘continued to try to arrange a meeting with President Zelensky,’ citing a specific text message exchange where Parnas tells Giuliani: ‘trying to get us mr Z.’ The remainder of the exchange — which was attached to Schiff’s letter — was redacted.”

Politico added, “But an unredacted version of the exchange shows that several days later, Parnas sent Giuliani a word document that appears to show notes from an interview with Mykola Zlochevsky, the founder of Burisma, followed by a text message to Giuliani that states: ‘mr Z answers my brother.’ That suggests Parnas was referring to Zlochevsky not Zelensky.”

Democrat officials did not dispute the suggestion that Schiff’s claim was false.

A Republican aide told Politico that the false claim was at best the result of sloppy work.

“The most charitable view of the situation is that [Schiff’s] staff committed the equivalent of Congressional malpractice by not looking more than an inch deep to determine the facts before foisting this erroneous information on his colleagues and the American public,” one senior GOP aide told Politico. “But given the selective redactions and contextual clues, it seems as though Chairman Schiff sought to portray an innocuous meeting with Ukrainian oligarch Mykola Zlochevsky as an insidious one with the President of Ukraine simply because both of their surnames start with the letter Z.”

Rep. Elise Stefanik (R-NY) responded to Schiff’s false statement by writing on Twitter: “Schiff’s sham impeachment is littered with mischaracterizations, falsehoods, & political desperation. The more Schiff speaks to the American people, the more the support for impeachment is obliterated in the court of public opinion.”

Schiff, who is Democrat impeachment manager for the Senate trial, was accused by GOP National Spokesperson Elizabeth Harrington of fabricating quotes while delivering remarks today.