European Union member states will now have two years to work out how to put the laws into action within their own countries.

What’s happened: The European Parliament voted the measures through by 348 to 278.

Why controversial? Two specific provisions have come in for criticism. Article 11 will let news organizations collect more fees from aggregators like Facebook and Google. Article 13 would require web giants to automatically filter copyrighted material, such as songs or videos, unless they have been specifically licensed. Although vaguely worded, both sections will require tech companies to do a lot more to police content on their platforms.

A showdown: The run-up to the law has seen two sides line up to fight it out. The music industry and big publishers are in favor. The opposing side includes the tech giants, but also a large grassroots movement that says the law will damage free expression… 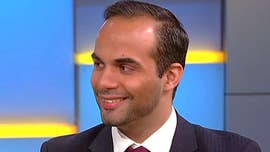 Former Trump campaign foreign policy adviser George Papadopoulos clarified the “misinformation” about his guilty plea in the Russia probe, saying Tuesday the entire thing was “basically fabricated” by Western intelligence.The 31-year-old, who pleaded guilty in October 2017 to making false statements to FBI agents, said on “Fox & Friends” that he knew the probe by Robert Mueller was a “hoax” but could not speak out about it until after he was sentenced.“There has been so much misinformation about what my real case was all about. It was about a professor I met in London who the FBI told the world was a Russian agent,” he said.

Continue Reading Here:George Papadopoulos: I knew Mueller probe was a ‘hoax,’ but was barred from speaking out | Fox News

Remember when Misfud vanished suddenly? Was he ever located? There were people in the media who speculated he might be dead. Doubt it-bet…