In anew study published in the journal Nature Climate Change, researchers suggest that countries that are turning to renewable energy sources and moving away from fossil fuels are making progress in reducing CO2 emissions.

Globally, CO2 was on the rise — about 2.2 per cent annually — but in 18 countries, their emissions saw a decline.

With scientists predicting that if nothing changes in our plastic consumption habits, there will be more plastic in the oceans than there are fish by 2050, it’s not surprising that this year’s Earth Day theme is End Plastic Pollution. According a recent study from Science Advance, since the invention of plastic in 1907, 8.3 billion metric tons of virgin (non-recycled) plastic have been produced, generating 6.3 billion metric tons of waste, 79% of which has piled up in landfills while just 9% has been recycled. A total of 12 billion metric tons are expected to be in landfills or the environment by 2050 if current production and waste management trends continue.

While we are all, as individuals, accountable for our contribution to the planet’s pollution and waste buildup, large corporations play a critical role in either damaging or protecting the environment. At JUST Capital…

At no point does it ever stop harming us……….

At no point does it ever stop harming us.

In case you had any doubts about how bad plastic really is, a new study out of the Center for International Environmental Law (CIEL) has just revealed that plastic is toxic at every stage of its life cycle.

The 75-page document is a sobering read. It points out the shortsightedness of focusing on specific moments in the plastic life cycle, rather than the entire picture. We know that oil refining, microplastics, plastic packaging, and recycling are huge problems on their own, but put them all together and you have an even more dire situation on your hands.

The report reveals “numerous exposure routes through which human health is impacted at each stage”. In other words, quitting single-use disposables and living zero-waste doesn’t mean you’re safe. Your health – and that of your family –…

UPDATE (February 16, 2019 7:15 a.m.): Elaine Rosa has been booked for one felony charge of cruelty to an animal and one misdemeanor charge of failing to provide animal care.

Elaine Rosa, who was accused of dragging a dog behind a scooter has been charged with animal abuse and neglect.

Charges were filed on Friday, February 15 by the District Attorney’s Office against Elaine Rosa for animal abuse and neglect. One felony charge and one misdemeanor charge have been filed.

Bo Koenig, Attorney for Rosa has released a statement.

This 2017 German video is about a scandal in the elite KSK unit of the German army: neonazi music played and Hitler salutes at a party for a senior officer.

By Gregor Link in Germany:

A former member of the German army’s elite Commando Special Forces (KSK) confirmed on public radio station SWR’s political programme “Zur Sache Baden-Württemberg” that a terrorist network within the German state apparatus is planning the murder of political opponents and a fascist revolt for “Day X”. To this end, infrastructure, including safe houses, secret chat groups, storage facilities and weapons depots have been established in Germany, Austria and Switzerland, the former soldier said.

The network was established by leading KSK members and maintains symbiotic relations with other sections of the state apparatus, including in particular with members of the military intelligence…

Jeannie K
I was born in the U.S.A. I have to go through back ground check, drug and alcohol testing, finger printing before I can do my job. One blemish and I can’t work. I also have to be randomly checked. Why do Illegals have more rights than we do as citizens?  I go into people’s homes where they are medically or physically and often mentally challenged. I’m ok with that.
These Democrats are wayyyyyy to far gone. We need term limits. I’m tired of their bull crap policies. Truth is truth, and right is right. What is happening to our rights to be listened to and protected?

GW: That’s because illegals have more rights than the actual citizens of the countries in which they are squatting. See the UN Migration Pact signed in Marrakech recently. However this conflict has been created…

One enterprising company has found a new way to profit from couples’ fertility struggles:embryo jewelry. It is so outrageous that it almost sounds like a joke, but unfortunately, this is what our society has come to.

When couplesundergo in vitro fertilization(IVF), human eggs are fertilized in an incubator in a lab before one or two are selected to be implanted in the womb at around five to seven days of development to get a shot at life. The leftover embryos are typically frozen, and the couple must then decide whether to use them in the future, donate them or destroy them. Now they can addhaving them turned into jewelryto their list of options thanks to Australian company Baby Bee Hummingbirds.

I watched what was once one of the richest countries in Latin America gradually fall apart under the weight of big government.I didn’t need to look at statistics to see this but rather at my own family.

When Chavez took office in 1999, my parents were earning several thousand dollars a month between the two of them. By 2016, due to inflation, they earned less than $2 a day.

If my parents hadn’t fled the country for Spain in 2017, they’d now be earning less than $1 a day, the international definition of extreme poverty. Even now, the inflation rate in Venezuela is expected to reach 10 million percent this year.

Venezuela has become a country where a woeful number of children suffer from malnutrition, and where working two full-time jobs will pay for only 6 pounds of chicken a month.American liberals embrace same failed policies.

Though so many of…

With all or most of the democrat hopefuls signing onto the green new deal, I was just wondering if they will be taking the train to their campaign events. No why not? Aint one of the plans in this farce to do away with air travel? I mean after all the leader of this environmental cult said that we only have 12 years to save the planet. We must take radical steps now or it will be too late, she says. If it was all that important they should step up now, lead by example. Oh yeah leave your car behind, as another part of this is to get cars off the road. Ride the train, when you get to a passenger terminal get off the train and walk the rest of the way to your event. Show the rest of us how much you want to commit to stop… 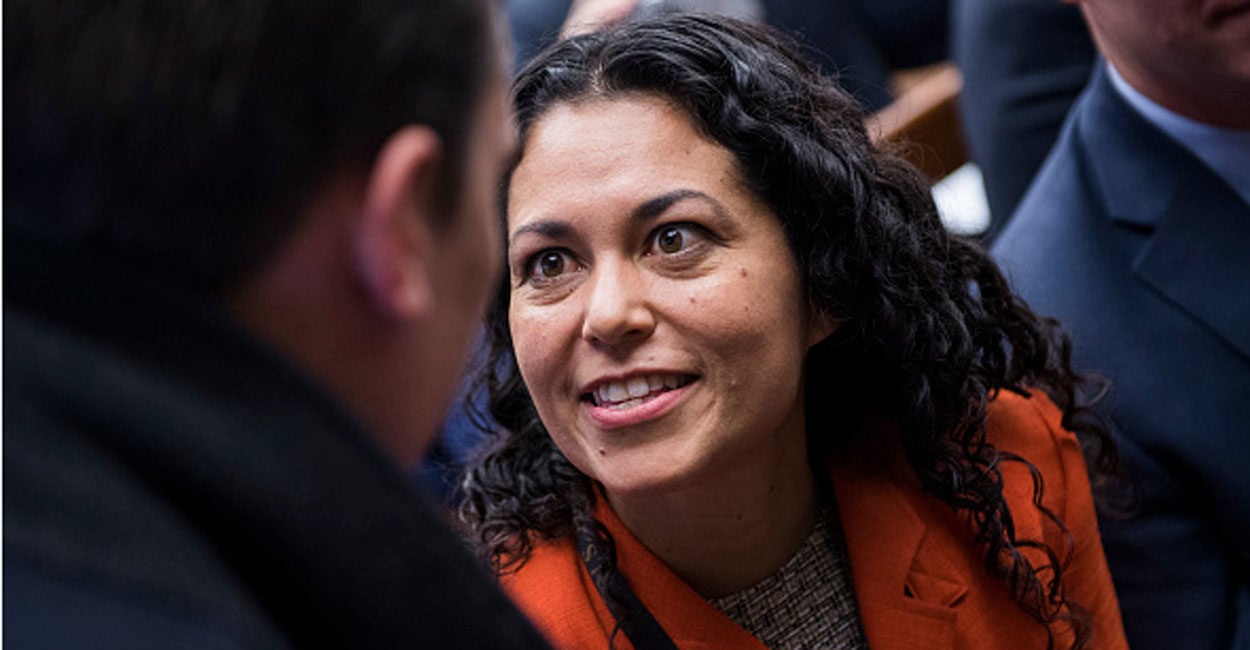 An audit of absentee ballots suggests fraud may have occurred in one of the closest House races in the country, The Daily Signal has learned.Democrat Xochitl Torres Small squeaked by Republican Yvette Herrell in the final results of the Nov. 6 election.On election night, Herrell declared victory in the race to represent New Mexico’s 2nd Congressional District. But as more votes were counted, Torres Small secured the win.

The roughly 3,500-vote victory for Torres Small—out of about 200,000 cast in the southern New Mexico district—relied heavily on absentee ballots from Doña Ana County, the largest county in the district, including the Las Cruces area.

A new audit report obtained by The Daily Signal alleges a “concerted effort” to push for absentee votes where New Mexico voter ID laws are not enforced. It also points to potential fraud in applying for absentee ballots, and says a significant number of absentee ballots…