After a week with the presence of the provincial police, of secrets, of helicopters flying over the Casco Viejo and crossing statements of the different parties of government and opposition, Maravillas Gaztetxea was attacked last night without warning by hundreds of  heavily armed police. 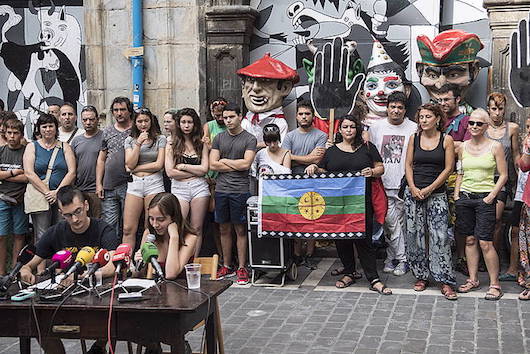 Neighbours and occupiers were keeping a round the clock guard and raised the alarm.

The police deployed a giant crane to lift riot police onto the roof and balconies.

Word quickly spread around the cities and hundreds of neighbours and supporters attempted to block the narrow streets.