Although it’s long overdue, Americans can rejoice today as at least one more of the most vile Democrat swamp creatures has been fired.

We need to speed this process up and fire/ arrest/ prosecute dozens of Obama/ Clinton plants a day, every day, until they’re all gone…

The FBI has fired agent Peter Strzok, who helped lead the bureau’s investigation into Russian interference in the 2016 election until officials discovered he had been sending anti-Trump texts.

Aitan Goelman, Strzok’s lawyer, said FBI Deputy Director David L. Bowdich ordered the firing on Friday — even though the director of the FBI office that normally handles employee discipline had decided Strzok should face only a demotion and 60-day suspension.

Goelman said the move undercuts the FBI’s repeated assurances that Strzok would be afforded the normal disciplinary process.

“This isn’t the normal process in any way more than name,” Goelman…

I’m a French-Canadian postdoctoral scholar at the University of Hawaii, Manoa and part of the School of Ocean and Earth Science & Technology (SOEST). As part of our team’s research, we found that, as plastic decomposes, it is producing a new source of greenhouse gas pollution not included in previous climate models. These emissions are only expected to increase — especially as more plastic is produced and accumulated in the environment and degrades over time.

Researchers from the University of Hawaii, Manoa have discovered startling new evidence that the plastics on land and in the ocean release greenhouse gases as they break down. In this article, scientist Sarah-Jeanne Royer tells us about what she found in the field and why it’s now even more important to break free from plastic. © Sarah-Jeanne Royer

This story was originally published by the Center for Public Integrity and was co-published with Mother Jones. It is reproduced here as part of the Climate Desk collaboration.

Maine’s invasion came early this year. In recent hotbeds of tick activity — from Scarborough to Belfast and Brewer — people say they spotted the eight-legged arachnid before spring. They noticed the ticks — which look like moving poppy seeds — encroaching on roads, beaches, playgrounds, cemeteries, and library floors. They saw them clinging to dogs, birds, and squirrels.

By May, people were finding the ticks crawling on their legs, backs, and necks. Now, in midsummer, daily encounters seem almost impossible to avoid.

Maine is home to 15 tick species but only one public health menace: the blacklegged tick — called the “deer” tick — a carrier of Lyme…

As two South Asian nations gear up for celebrating the violent and tumultuous end to British colonial Raj, there is hype across the borders.  Yes yes, we all know that Independence Day is coming and everyone’s excited about celebrating the day with zeal and fervor.

In some hours Pakistan will turn 71 years old and just a day after India shall follow.

This year, Pakistan’s Teeli collaborated with India’s Arre for Pak-Indo Independence Day Telefilm – Matched. This heart warming short movie is part of the on going Indo-Pakistan friendship initiative and show the relationship of two people across the borders.

Catch a look at its latest teaser, which looks promising with the talk on ‘Cricket Fever’ the sports loved and craved by millions of Indians and Pakistanis alike.

The  Human Lens takes this joyous moment to wish brethren from both nations a very blessed, prosperous and happy Independence…

The open letter to all leaders is spreading again. Another local newspaper, SN has published the letter in Swedish. If you want the letter to spread even more, please visit the link to show your interest.

Together we can help Mother nature and ourselves to a better life in future.

I am sure you all will agree that our life was far better when we had only a ‘Big Screen’ in our life. We go to movie theater occasionally may be once or twice in a month with our family.

It was just like a festival for us.  We analyze, criticize and discuss in threadbare and also we wish to recreate our own version of the movie. The effect of the movie always lingering in our mind for a long time.

The day the small screen called TV  attacked our home the enjoyment we derived from big screen came to an end.We become addicted to the small screen that killed all our out door activities and we have become couch potato.

We lost our creative ability, imagination and analytical mind as we are being fed with illogical, uninspiring content everyday. There are lot of movies being telecast but it never…

Oops – I meant to publish this yesterday! 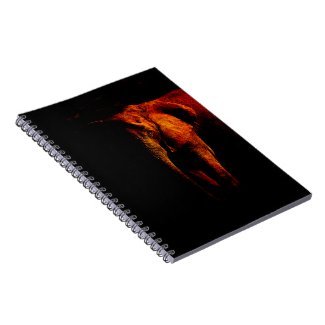 Save the Elephant Notebook

Organise your day with a custom notebook! Made with your images and text on the front cover, this notebook is a great way to show off your personal style and keep track of all important notes and appointments all at once.

This product is recommended for ages 8+.

Santa Monica – VIJAY SHAH via FOX News and other sources

The U.S. state of California is well known for being at the vanguard of revolutionary new technologies, especially if they are environmentally friendly. Its also the birthplace of many a technological trend that has spread across the world. According to Fox News, however, there is one new eco-transport trend that has not only irritated some locals in the Golden State, it’s pushed them to commit vandalism against the objects fuelling that same trend.

Electric two-wheeled scooters, usually popular with youngsters, have become the latest must-have kind to the environment mode of transport. A firm called Bird even has public banks of scooters you can pay to borrow for the day, just like the bicycle docks found in many world cities. But some Californians in the south of the state, sick to death of the new vehicles appearing in random…