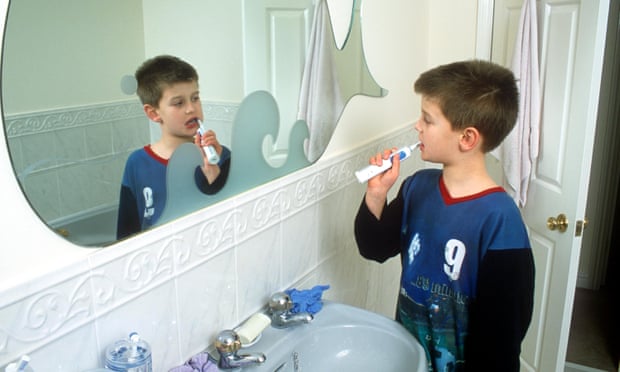 #AceWorldNews – Dec.26: Water fluoridation has been in place in England for more than 40 years, and now covers about 6 million people. The US Centers for Disease Control and Prevention calls adding fluoride to drinking water one of the 10 great public health achievements in the 20th century.

Public Health England (PHE) describes it as “a safe and effective public health measure” to combat tooth decay in children and, alongside dentists’ groups, has called for it to be implemented more widely.

Stephen Peckham, director and professor of health policy at Kent University’s centre for health service studies, said: “Water fluoridation was implemented before statistics had been compiled on its safety or effectiveness. It was the only cannon shot they had in their armoury. It gets rolled out, becomes – in England – policy and then you look for evidence to support it.

“The fat debate [whereby fat used to be the big enemy in food before that was revised] is an example of evidence getting built up to support a theory. It’s a dental health policy that’s got up a head of steam and people have been reluctant to see it criticised.

“You can’t really confidently say that water fluoridation is either safe or effective. There is a problem where the evidence is seen as either totally in favour or totally negative and it’s more murky than that.”

Earlier this year, the Cochrane collaboration, a respected not-for-profit organisation of 14,000 academics, reviewed the evidence but failed to settle the debate.

It said data indicated fluoridation was effective in reducing tooth decay in children, but that the studies deemed admissible were nearly all pre-1975, and the estimated size of the positive effect was limited by their observational nature, high risk of bias and the applicability of the evidence to current lifestyles.

PHE said in 2014 it had found that as many as 45% fewer children aged one to four were admitted to hospital for tooth decay in areas where water is fluoridated than in those where it is not, but added that “potential problems with data quality means that this observation should be treated with caution”.

Peckham led research on hyperthyroidism being possibly linked to fluoridation but says there are problems with academic papers on both sides of the debate.

“It’s been going on since 1950 and we are still having the same arguments over the same research,” he said. “We don’t have the information to address this. I think they should have a moratorium.”

Peckham would like to see a study following similar groups of children in fluoridated and non-fluoridated areas.

Paul Connett, a Briton who taught chemistry at St Lawrence University, in New York, for 23 years, and helped set up the Fluoride Action Network in the US, said studies describing fluoride as a “neurotoxicant” should ring alarm bells.

“They have to justify forcing this on people who don’t want it – it’s a violation of the principle of informed consent,” he said. “You can couple that with the fact that once you put it in the water you can’t control the dose or who it goes to. Also, is it effective? At least demonstrate that it’s effective and then demonstrate that it’s safe.”

The UK remains among a small minority of countries that permit fluoridation. In the US, the maximum concentration was lowered in April, for the first time in 50 years, to 0.7mg fluoride per litre of water (UK schemes aim to deliver 1mg), amid concerns people are getting too much now it is also in products such as toothpaste and mouthwash.

Some of the risks identified in studies are based on higher concentrations but Connett says no credible margin of safety has been established. He suggests alternatives such as Childsmile, a Scottish scheme, which includes supervised toothbrushing in primary schools and nurseries in deprived areas are preferable.

PHE’s director of dental public health, Dr Sandra White, said: “Reviews of the evidence from around the world agree that water fluoridation is a safe and effective measure to help reduce tooth decay.

None of the reports on water fluoridation by international health bodies have identified any evidence of harm.

“Water fluoridation is one of a range of actions, including supervised tooth brushing, that councils can consider to improve oral health in their area. Ultimately it’s beneficial to get fluoride from toothpaste when brushing teeth as well as from water which offers a background level throughout the day.”